The hidden bias that keeps us stuck, and how to build the resilience to change it

This morning I woke up to a piece of bad news in the form of an email rejection letter for a role I thought I had in the bag. If you’ve ever gotten that news, you know what a gut punch it feels like. Luckily I turned my disappointment around pretty quickly. After years of guiding clients through this same scenario, I know how to redirect the spiral early on in the descent.

Of course, the natural reaction to a triggering event like this is fight-flight mode, as we head for our go-to avoid or self-judgment routine.

Yet if the email had been an invitation for an interview, would my excitement have been as intense as the disappointment was? Probably not.

Over and over, the mind reacts to bad things more quickly, strongly, and persistently than to equivalent good things,” as psychologist Jonathan Haidt told the New York Times in 2019.

Bad things are more memorable, as most of us know, but the negativity spiral doesn’t stop there. Thanks to the role of a normal response pattern known as confirmation bias in the way we interpret our life’s events. Confirmation bias is how we validate our stories after the fact. It lets us know the decision we made was the right one, that we’re logical and rational in thought and deed.

Confirmation bias seeks to prove and validate your experience with an “I told you so” hit of self-righteousness, which feels good even when the experience it’s validating feels bad.

So, if for example you have one negative interaction with your boss, (who may have just gotten bad news and didn’t realize how rude she sounded), you make conclude she dislikes you. Your subconscious is likely to stay on constant lookout for proof points to confirm your hypothesis, making you more and more right as the list keeps growing.

Even though this belief is painful, you at least get a hit of the feel-good hormone dopamine every time you’re right, even as you genuinely wish things were different.

You see the trap here?

This is very relevant to your ability to initiate and sustain change in your life. Resilience goes beyond visioning and goal setting. Because so many of our thoughts are subconsciously driven by an inner narrator working behind the scenes to confirm our reality as we know it, your negative interpretation is more likely to seem right, as you self-validate it.

If you’ve been stuck in a self-sabotaging cycle for a long time, there’s a strong story there, and that confirmation bias is hiding behind the scenes waiting for further proof your story is true and valid, even though you really want to change it. “I knew you wouldn’t stay with it” your mean inner voice says, making you feel like a loser, but at the same time, it feels good to be right.

Sound familiar? If so, it’s because this pattern is so common when it comes to making change. And if you don’t address it, it threatens to undermine even the most determined efforts.

Which means, if you’re committed to changing your story, you have to take it a step further. You have to let go of the original trigger AND the negative emotions you feel around it long enough to step out of your story line. From there you can look at your proof points and objectively examine whether they’re supporting a deeper belief you hold about yourself. “I’m afraid I don’t know enough”, “I don’t really belong here”, “I won’t be able to handle it”.

Now you can examine from a more neutral place.

I invite you to quiet your mind with some breathwork, movement or any stress reduction practice that works for you, and journal around a negative story you’re telling yourself and see what comes up for you.

Interested in learning more about breaking through limiting beliefs starting with breathwork? Visit ElizabethBorelli.com to sign up for a free 3-day workshop; just 10 minutes a day to launch breakthrough change! 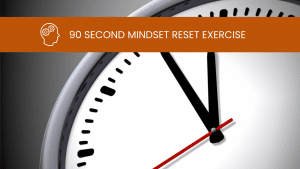 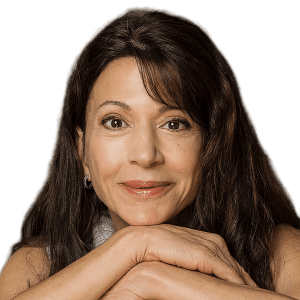